Well, hello there, welcome back. This is Ruben with the CL60 The Boomer Reboot Podcast. Before we go any further, let me ask you something. If you like what you hear, go ahead and give us a comment or take a screenshot, go ahead and put it in our social media pages or in yours and give us the hashtag of #CL60.

But working the restaurant business as a general manager is a 10, 12, 15 hour a day job. I did not want that anymore. So I was going to work… I suppose you could call it midlife crisis. I was looking for a new identity, and I was looking for a new way to provide for my family, that I was not going to be a slave to the business. So I started going to school. So now on top of the 12 to 14 hours a day that I was going to work, I also had to add school time to that, another four hours a day. Well, lo and behold, it was like 18 hours a day, 20 hours a day that I was away from home. This was in LA, California about 20 years ago. So what happened was that I started to look for another way to generate an income, something that would replace what I was making in the restaurant industry and something that would not tie me for 12 to 14 hours a day. In that process, as I was going to school, I shared some of the information that I was learning with some peers, some people on the internet. Back then, you know, chat rooms were not what they are today. They were just black screens with the white letters. And some people asked me to share

what I knew with them. That is when I discovered that there was a better way of generating income, and it was sharing my knowledge with other people.
This is what happened. Somebody asked me for information. I said it was too big a file for me to send it over, and they said, &quot;Can you burn a CD?&quot; I had no clue how to burn a CD. That was one of the things that I thought it was like a flashlight or a light or something, I had no clue. So I asked somebody. That person became my mentor. He was in another tech. He showed me how to burn a CD, how to make a copy of the CD. Now, I made a mistake, it was an honest mistake, and when I went onto eBay, which was only a couple of years old, PayPal wasn&#39;t even connected to eBay back then, and I listed it and I said, Just help me pay for the postage.&quot; I think it was two or three bucks or something like that that I put on there, because the CD cost me a buck.

And I said I only had one. In theory and in reality, yes, I only had one CD, I only made one, but I could make multiple copies of that same file. That, I did know how to do it, but I did not post that on there that I had more copies. Well, that one CD, it generated a bidding where more people wanted it, all the people wanted the same content, and that one CD sold for $182.50. I went back and I told my friend, Hey, wow! You know, I was totally blown away, this was 20 years ago, $182 for one CD of content, knowledge, things that I had learned that I put on a CD, that I shared with somebody else.

Then he said, Did you contact the other people? I said, What do you mean? And he said, Well, legally, you can contact the other people and give them a copy of the CD for their last bid price And I
did that, and I contacted 138, 132, 127, and I said, &quot;Do you want a copy for your last bid price? They all said yes. So I sent them all a copy of that DVD.
Now, what ended up happening was that that one CD, DVD at that time generated $2400 in sales. That was 20 years ago. That changed my life. That was almost my salary 20 years ago as a restaurant general manager minus the bonuses, and of course, this I did in just a couple of hours. And I said, This is it! So what I did was, I made a career change. Since then, I have been on the internet helping people take their knowledge or their ideas and repackage it so that we can get it out into the marketplace. Ive been doing this from stages all over the world, and I want to show you how to do it.

Its really three simple steps. You have the conception of your idea. This is what it is that you want to offer. There are different ways that you can go about looking to see if it is a good feasible idea, are people actually buying something similar, or do you have something thats just a little bit different or something that it already exists? Let me give you an example. You dont have to create anything new.

How about Excel? Its a product, part of the Office Suite manufactured by Microsoft. Its software. There are people today still creating tutorials on how to use Excel, and making six and seven figures annually, because it;s a new person, it is a new voice, it is somebody is going to connect with that person, they may not connect with a corporate tutorial. So, there are people still today creating tutorials on Excel and theyre doing six and seven figures. Maybe you know a little bit about that.

And then of course weve got the conversion, and thats the last step. The conversion is where we  actually take it to the marketplace and we learn how to convert traffic into sales so we can generate an income, and then we look at the conversion ratio, it says one to two, we put one dollar in, we get two out, one to three, one to four, because if that is the case, then we can decide how much more do we need to invest into additional traffic sources so that we can increment our sales? And then we can go into six and seven figure business. Its not that hard if you know what youre doing. It is almost impossible if you dont. So thas why being guided in the whole process of the creation, of launching your program, is essential.

I want to share with you the exact method I used to reboot my economy and reignite my life.

I honestly have limited seats, so REGISTER RIGHT NOW and I’ll see you there… 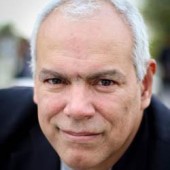 A Strategic Digital Marketing Business Coach and Adviser for Professionals and Professional Service Firms who Want a Better Online Presence and More Leads to Grow Their Business. Ruben has BA in Technology Management and Post-Graduate Studies at Thomas M. Cooley Law School. Ruben is Certified Leadership Coach with the John C. Maxwell Leadership Group, an Infusionsoft and a US Mobit Cert. Partner and the Hispanic Marketing Director one of the worlds largest Digital Marketing platforms. Ruben travels the US and the globe teaching Digital Strategies, Marketing, and Marketing Automation.

The 5 Top Reasons You Need to Create Signature Online Course

50Preneur? Want to be a Guest!

Be a guest in out program!

Stop Trading Time for Money Right Now! Discover the 5 Reasons Why Starting a Monthly Club is Your Key to Income Growth

We use cookies to ensure that we give you the best experience on our website. If you continue to use this site we will assume that you are happy with it.Ok